Modifying Beliefs: You Can’t Always Believe What You Think 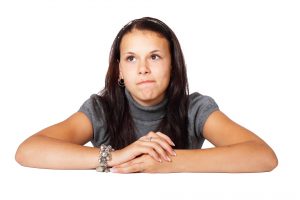 Can You Always Believe What You Think?

I met a woman recently who was afraid of not doing well at her job. In reality, she is quite talented, has unbelievable work ethic, and is an expert at what she does. She talked about some problems she was having and had come to several irrational conclusions.

This talented, successful woman said she was afraid of losing her house which would not only destroy her life but also the life of her adult granddaughter who is living with her to work and attend school. So, struggling with work meant losing her home and her granddaughter being homeless. You cannot always believe what you think.

I could go on and on about irrational fears. However, I want to generally focus on 2 types. First, the fear that what my life has been is what it always will be. Life has probably handed you some bad days, weeks, month, or even years. But that does not mean life is always going to be negative. To believe life is always going to be in turmoil is to believe that we have no control over our lives. You cannot always believe what you think.

The truth is, we have a great deal of control over the direction and circumstances of our lives. We have to take action. This is hard to do when our beliefs tell us it will not matter anyway. We have to challenge ourselves to not become a perpetual victim of negative events. Take an honest look at your life. What positive steps can you take to improve it? Avoid the temptation to believe those thoughts that life will always be rough. Challenge them with the truth – you can change your life.

The second fear is that I do not measure up to some elusive standard. For many people plagued with this fear, they usually have difficulty even identifying the standards they’re trying to meet. They go along believing they are going to fail. It creates an ongoing anxiety about the future. The woman I was talking with had this fear running wild in her mind.

Though all of the evidence in her life and her job said things were going pretty well, she saw herself in a negative light. As a result of believing those thoughts, she predicted the ruining of her life in spite of all of the evidence. Once she looked at the evidence, she was able to see that what she believed was not true. 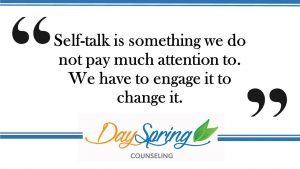 Since you cannot always believe what you think, you need a mechanism to find the truth. When challenging beliefs, we have to look at the evidence. Like a detective trying to find the guilty person, examine every piece of evidence. Frankly, most of us do a terrible job of this.

For our example above, the woman had to find that she had run several other locations extremely well and was one of the leading professionals in her company. She was entrusted with the oversight of multiple locations and was highly respected in her field. Profits are good at this time and there are no disasters looming. She was having a few employee problems, but this location is still new and she is going to be able to adjust staffing over time. The current situation is stressful, but nowhere near a catastrophe.

In his book, Start, Jon Acuff talks about being asked a question by a therapist. The question was, “What do your voices tell you?” He goes on to identify several ways his self-talk alienates him and puts him down. What is your self-talk?

Self-talk is something we do not pay much attention to. We have to engage it to change it. We have to identify what our self-talk actually is. The question is, “What am I saying to myself at this moment?” Identify that and then apply your findings from the evidence.

For the woman I was talking to, her self-talk said she was inadequate, that she did not have what it takes, and that she would ultimately fail. Once she examined the evidence, she was able to challenge her self-talk and replace it with truth. Her anxiety decreased pretty quickly.

You cannot always believe what you think. Get rid of irrational fears by looking at the evidence and changing your self-talk. Things may not be ideal, but getting hold of what is real will allow you to take the steps you need to take instead of worrying about the ones you can’t.

What are some ways you have used to decrease your sense of fear about your life?