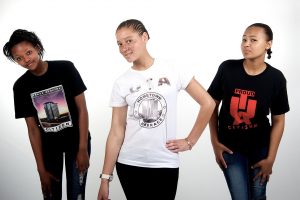 What is and what isn’t normal? That’s a question we ask about a lot of things. We especially ask this question when we think about teenagers. Teenagers are in a period of life when they’re not exactly children and not exactly adults. They’re trying to figure that part out.

Teen behavior tells us they want freedom. Somewhere along the way, your sweet little child who wouldn’t leave your side doesn’t want to be seen within 20 yards of you. They roll their eyes. They question your instructions. They get annoyed by expectations you have for them. They want independence – and they let you know that. The good news is, these things are normal teenage problems.

Teenagers are in a state of transition. Things change quickly and often. How do we know when it’s gone past normal to a real problem level? What are some of the warning signs that signal trouble for our teenagers? While there are many, here are some of the more common warning signs for teen behavior problems.

This doesn’t mean fashion. Teens want to keep up with the latest fashion. However, some changes in appearance occur because teens want to cover things up. These changes can be a signal for some rather serious teenager problems. Cutting and self-harm is often accompanied by changes in appearance. Eating disorders or sudden gains or losses in weight are another problem that impacts appearance and wardrobe. If the changes you are seeing are drastic, you may want to check it out. Don’t worry – asking questions won’t put new ideas in your teenager’s head. Don’t be afraid to ask. She won’t go try it just because you asked. Get involved!

Teens argue. They blame. They disagree. They may even seem rebellious, to some degree. These are common teen problems. If arguments are escalated to yelling and screaming. Sometimes these escalations at home are accompanied by other behavior problems like skipping school, fights, or problems with teachers. Intervene as quickly as possible. Sometimes we wait, hoping our teenager will “snap out of it.” That may be true, but don’t take that chance. Do something earlier rather than later.

Just a note, some of this might be a parenting problem rather than a teen behavior problem. If you’re the parent of a teen, make sure you’re not the one escalating things! As a parent, your job is to communicate and set limits – not demand by yelling.

While your teen wants independence, they want you to lead them as well. Do that!

Alcohol and drug use is a clear sign for teen behavior problems. Research has shown that teenagers who use alcohol and/or drugs are more likely to have academic problems as well as get into legal trouble. Talk to your teenager frankly about drugs and alcohol. This won’t make him go do it more. It will let him know where you stand and give him a sense of your values.

Teenagers are sensitive to the actions of others. They experience rejection in extreme ways. They get angry, happy, depressed, and excited all in the course of a day with their friends. Sometimes in the course of an hour with just one friend!

When teens are extremely sensitive to what they believe is rejection, it can signal a problem. The teenage years, for many, comes with feelings of inadequacy. They constantly compare themselves to their peers. They take a friend count every day. They want to be included and part of the group.

For some teens, this can result in behavior that is aimed at pleasing or being accepted by others above everything else. When this occurs, things like substance use, early sex, and even illegal behavior can happen in an effort to fit in. For others, teens may isolate themselves and be withdrawn from interactions with peers and even family members. Help your teen be more confident and sure of who she is.

The teen years can be difficult for parents. However, most will be just fine. Be patient and understanding. Most importantly, love your teenager and be involved. If your teen is experiencing problems you are concerned about, don’t be afraid to call a counselor. They can help even when you feel like you’ve tried everything. While your teen wants independence, they want you to lead them as well. Do that!

What are some ideas you have for parents of teenagers? Feel free to comment. We would love to hear from you!