The Secret Pain of Cutting and Self-Harm 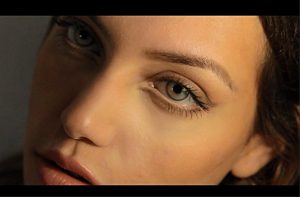 The truth about self-harm among adolescents is we don’t really know what percentage actually does it. Studies to determine prevalence rates vary a great deal. A 2008 study from Yale University found that 56% of girls engaged in some form of self-injury. Others (Nixon, Cloutier, & Jansson) have found rates of about 24% for girls and 8% for boys. Regardless of which is closer to the actual number, the prevalence of self-injury among adolescents and young adults is alarming!

To be clear, “self-harm” is known by some other terms. Self-mutilation, self-injury, cutting, and non-suicidal self-injury are some common terms also used. Self-injury may be done in the form of cutting, burning, scratching, hitting, or hitting objects in an attempt to hurt oneself.

In 2009, Megan Fox told Rolling Stone Magazine she cut herself as a teenager. She said, I’m really insecure about everything…I have a sick feeling about being mocked all the time.”

A lot of research has shown a strong association between depression and anxiety and self-harm. Sometimes there is a history of abuse – that may or may not be known – and sometimes there isn’t. Eating disorders are sometimes a part of the problems as well. In some cases, the person feels isolated from others. They may be the victim of bullying and frequent peer insults. Sometimes it’s the most popular teen who still feels insecure about herself. The point is, cutting and other forms of self-injury aren’t limited to a certain set of adolescents and young adults.

A lot of research has shown a strong association between depression and anxiety and self-harm.

Is it a cry for help?

We use clichés like this a lot. Think about what a cry for help is. It’s something we want others to respond to. Cries for help aren’t secrets. They’re out in the open. Most self-injury is secretive. It’s done on the parts of the body that can be hidden. Places like the upper thigh are common. Sometimes the arms are used and the person wears long sleeves.

Many people who engage in cutting and other self-injury aren’t suicidal. They don’t want to be discovered. However, it is important to take it seriously.  Suicidal thoughts are common in individuals who self-injure even if they don’t have an intent to commit suicide in the moment. Some recent research from Bradley Hospital suggests that individuals who self-harm actually have strong attitudes toward suicide/death

I cannot say “YES” loud enough! I would love to be able to say teens and young adults harm themselves for ___________ reason. It’s too complex for that. One thing that we know is self-harm usually provides temporary relief for the individual. This may be relief from feelings of depression, anxiety, family problems, memories of abuse, breakup with a girlfriend or boyfriend, or any of a host of things too numerous to list.

It is vitally important to get help or encourage the individual to get help. You or the person can discuss the issue with your primary physician, see a mental health professional, or visit a psychiatrist. The important thing is to do something. The problem didn’t develop overnight and it is unlikely to disappear on its own as well. Even if the self-harm stops, the problems that brought the person to that state usually linger.

Can it be stopped?

Yes! There are a lot of different ways to help someone who is cutting or doing some other self-harm to stop. We have specific treatments for these types of problems that are effective. The important thing is to reach out and get assistance.

If you or someone you know is engaging in self-harm, please contact us. We will either help you directly or help you find someone to help.