Minimize Drama in Your Life with these Tips 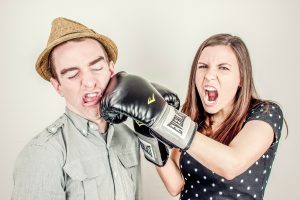 Most people say they hate drama. At the same time, many of these same people are drawn to drama like moths to a flame. Can we really minimize drama in our lives? I believe the answer to that is a resounding “Yes!” If you want to minimize drama, there are a few things you have to come to terms with and still a few other things you have to implement.

2. Recognize you have a role in drama.

I recently heard Chris Brown say, “Conflict is inevitable. Drama is a choice.” If you really want to minimize drama in your life, you must recognize that drama is indeed a choice. What this means is you have a role to play in the drama you get caught up in. That may be hard to admit…

We like to blame others for in our lives, especially when it comes to drama. We say we want to minimize drama, but we don’t intentionally step away from it. Whether I am trying to compete with someone, gain more support from others, or feel better about myself, any drama in my life has to have my involvement. If I don’t fan the flame, it eventually goes out. I must take responsibility for my role in creating and perpetuating drama in my life.

3. Care about what matters.

Be honest. The last time you got in a drama-filled situation, you were probably focusing on things that didn’t matter at all, right? It may have started out being about something important. However, before long, there’s mudslinging about things that have nothing to do with anything. Who’s right about this or that. Who said that. Who did this. The focus shifts to things in the past or competing about who is ultimately right. Ask yourself, “Will I care about this six months from now?” If the answer is no, then why waste time and energy on it today? This, by itself will minimize drama in your life.

Competition in business is a good thing. In basketball, it’s wonderful. In football, billiards, bowling, lacrosse, baseball or any other sport, competition adds excitement to the game. Unfortunately, relationships are games. Drama increases when competition exists. The competition in interpersonal drama can take several forms.

I’m sure there are many other ways you can think of that people compete in relationships. These are some of the broad categories that stand out to me.

If I am competing for attention from a group or approval from an individual, it is usually because I am trying to avoid feeling bad about myself. I might exaggerate negatives in order to have others feel sorry for me. I might emphasize my poor self-worth so others will pour out approval and compliments at my feet. I may start arguments, or keep them going, with people that disagree with me because I have to be “right” about things. Finally, I may just like to gossip and play a one-up game with others to see who actually knows more gossip.

Whatever the case, competition is often at the core of drama. 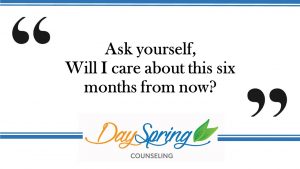 4. Find another way to get excitement.

I am convinced that some people just see their lives as boring. They need to create excitement. They get some kind of thrill out of seeing conflict. In fact, you just thought of someone when you read that sentence. Cut it off. This is not the kind of excitement you need. This type of excitement results in destroyed relationships. Go whitewater rafting, bungee jumping, or skydiving instead!

Arguments often ensue because of poor communication. Further, our lack of clear boundaries is often a reason for poor communication. We state our case and then try to convince the other person. We want the other person to agree with us. Well, sometimes they don’t and won’t. It’s not the end of the world. Remember, conflict is nothing more than two or more people having desires that don’t match. Often, one desire isn’t better than the other – just different.

Why do boundaries matter? Two reasons. First, boundaries allow me to express my desires and stick with them. I am able to say no, disagree, and only participate in what I want. Second, I am able to accept others’ boundaries. I don’t have to try to convince them, manipulate them, or force them to change their minds. I simply accept their desires and move on. If we could just do this one thing, we would go a long way to minimize drama in our lives.

What things have you done to minimize drama in your life? Help others by commenting below!