Marital Conflict: 5 Steps to Help You Manage it and Grow 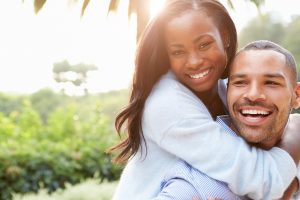 Conflict is bad, right? That’s what we assume. Any time there is a disagreement, it must be a bad thing. Conflict can be a great – and necessary – thing. No discoveries were made by agreeing with what was already established. Thomas Edison would have never made the light bulb by agreeing that gas- or oil-based light was the only way to see in a dark place. Conflict can be valuable. What about marital conflict? Can conflict with my spouse actually be a good thing?

Managed properly, conflict can improve relationships, quality of life, and a potential host of other things. The key is managing marital conflict in a way that is constructive rather than destructive. Remember, conflict is inevitable but drama is a choice. Here are 5 things you can do to reduce the likelihood that marital conflict will turn into a fight.

Avoiding the conflict allows it to fester. Often, the avoiding party feels insignificant and believes he or she need to pretend “everything is fine.” The person often feels their needs and desires are not considered by their spouse and they are better off just not expressing them. There are a couple of reasons for this.

First, if I always avoid conflict, how will the other person know that my needs or desires are different than theirs? Most of us are not mind readers. If you have a tendency to not state your needs and desires, figure out what makes that scary for you and address it. The truth is, if I have not stated my desire, I cannot hold you responsible for not caring about it.

Second, past disagreements do not mean your opinion, needs, or desires don’t matter. They’re disagreements. If the only way I believe you care about my needs and desires is by you agreeing with me, I am going to have a rough life. I don’t have control over what you think and feel. I have to understand that if someone disagrees with me, it doesn’t mean they don’t care about me.

Race car driver Larry Dixon said, “If two people were exactly alike, one of them would be unnecessary.” A profound statement. We are different. I realize that, often, in weddings the officiant said something like “the two will become one” or something similar. Yet, we do remain separate entities with different preferences, ideas, opinions, needs, and desires. If someone is different from me, it doesn’t mean they’re “wrong” or “bad.” It means they’re different. I hate sour cream, ranch dressing, and anything related, for the most part. My wife would put one or both on just about anything! (She’s wrong about this, by the way…Just Kidding!)

This is a big one. Differences of opinions, needs, and desires are not personal. This is especially true when it comes to marital conflict. When my spouse disagrees with me, it’s not an attack on me. It’s a difference in who we are as individuals. I have to resist the compulsion to view my wife’s disagreement or different desires as a personal attack. 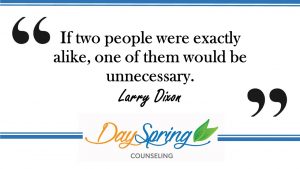 4. Do negotiate and compromise.

Negotiation and compromise are a key to reducing marital conflict. Let’s face it, none of us can have everything we want. Go ahead and get over that now. It’ll help just to recognize that is a truth for all of us. Now that you’ve done that, decide what is really important. There are some things that simply do not matter. Too often, this is where we get caught up. We focus on the least important of things instead of actually looking at the big picture.

I don’t know whether it’s a good thing or bad thing for my wife, but I genuinely don’t care about most things. If she wants to vacation at the ocean, sure. I’m game. If she wants to go to the mountains, I’m okay with that too. This is the case for a lot of things. At the same time, this can also frustrate her because I might communicate that what she wants is equally unimportant. So, be careful to care enough.

An argument, fight, or whatever else you want to call it has a winner and a loser. When talking about marital conflict, fights never have a winner. If you are feeling attacked, unimportant, or like you’re the one doing all the compromising, say that before the fight starts. Realize if you don’t communicate those things, you are asking for a fight and both of you are going to lose.

Marital conflict can be a pathway to better communication, negotiation, compromise, and actually learning to love each other well. Don’t let it weaken your relationship. Instead, use it to build a stronger one.

Have you ever improved relationships through conflict? I would be very interested in hearing your comments.