Help for Family Members of Addicts 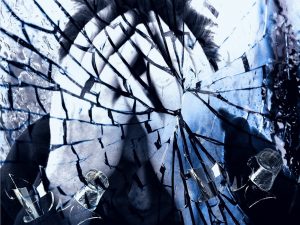 Addiction to drugs and alcohol impacts more than the person who is addicted. Family members of addicts are also impacted a great deal. Addiction destroys families as much as it destroys individuals. One lady described it as a “constant battle between being sucked into that world, being helpful, and doing the right thing.” It certainly is a constant battle.

Family members of addicts sometimes get caught in a co-dependent relationship with substance abusers in their families. They feel the need to “fix” or “rescue” the addicted person. There can be several reasons for this, but here are the three most common I have found:

Here’s some truth about all of those…

Family members of addicts have been around the addicted person for a long time. As a result, they sometimes assume they must have done something wrong to help push the addicted person to substances in the first place. They usually don’t come straight out and say, “I caused this problem.” However, statements like, “If I had done this or that” or “If I had been better about this or that” or “If I had paid more attention to this or that.” When they make these statements, family members of addicts are accepting responsibility for helping create the problem.

All of us, all of the time, are in control of our own behavior. There may be any number of reasons, excuses, and justifications the addicted person has used to help them begin or continue abusing substances. However, the truth remains that we are all in control of our behavior. This is true for people addicted to drugs and alcohol as well. Unless we actively forced someone, we are not responsible for others’ behavior. Period.

I have the ability to change one person – me. There isn’t another person on earth

I have the power to change.

Being “Nice” isn’t Necessarily Being “Kind”

So your addicted son or daughter needs $40. The “nice” thing to do is to give it to him or her. It avoids conflict. It shows you care about them. It shows that you want to “be there” for them. However, it isn’t necessarily kind. Helping an addicted person maintain their addiction makes the problem worse. Family members of addicts sometimes deny their family member has a problem with substances. More often, they feel compelled to give money and other similar things because they don’t want the addict to go through another, perhaps more troublesome route.

For example, a mother knows her son is addicted to opiates. She also knows if he doesn’t have money, he will steal something, borrow from someone without paying it back, or promise to do work for someone and never do it. So, she hands him the $40 he asked for to keep him from doing those things. This leads back to controlling behavior. While the family member may convince themselves they are helping and being “nice,” they really feel a responsibility to keep the addicted family member from doing something worse. Being kind requires looking at the outcome. Ask yourself, “What is the best thing I can do right now to improve the outcome later?”

Others’ Change is Never My Responsibility

I have the ability to change one person – me. There isn’t another person on earth I have the power to change. I might be able to force someone to comply – but that’s not change. It’s beneficial to support change. It’s helpful to encourage change. But it’s impossible to create change in another person. The individual has to be motivated to change their own life.

There are some ways to help. Family members of addicts can provide information, help find resources, assist with transportation to treatment appointments, and other such truly helpful things. However, it is always the individual’s responsibility to make changes in his or her life. None of us can do that for them.

What one thing would you say family members of addicts need to remember when dealing with that family member? Feel free to comment below. We would love to hear from you!