Examining Core Beliefs About Self 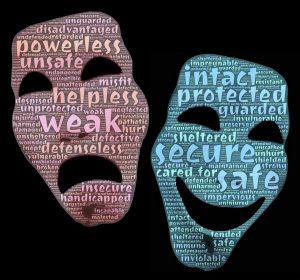 We all assume that what we believe is true. That’s why we believe it in the first place! As I said in the previous post, sometimes what we believe is not accurate. This is especially true concerning beliefs about ourselves. These inaccurate, usually negative, core beliefs keep many of us from living a fulfilled life.

I used to have a problem with perfectionism. I didn’t let it keep me from getting things done. However, I did let it keep me from celebrating success. In short, I had this deep-rooted belief that imperfect was the same as failure. As a result, I viewed nearly anything I did as an epic fail if every detail wasn’t perfect.

The result was not being able to celebrate success. Every success was met with feelings of failure.

Of course, none of us are perfect. Fortunately, I overcame the perfection myth and I’m able to see success regardless of flaws or mistakes. Changing beliefs about ourselves is possible. Let’s take a look at the process.

Examining beliefs requires that we be able to state them. Figure out the source of the various problems. For me, I could state the core belief simply as, “I am a failure.” Now, this is pretty harsh. Most people don’t walk around telling themselves something so negative. So, we end up adding something to it that makes a little more sense.

For me, I created the rule, “If I didn’t do it perfectly, I have failed.” This is a little more believable. At least it has something to add credibility, even if it is rather irrational. These rules put our core beliefs into action.

Being able to state this required an examination of past actions and past emotions. I simply looked at some situations where others said, “Great job!” However, I was readily able to criticize what others thought was a great job. (See my previous post for more examples.)

What if we apply this belief to other people? Does it work? Do I believe the same thing about others? In my case, this was performance. Do I believe others have failed if they don’t perform perfectly? It’s actually pretty ridiculous.

Does this sound ridiculous yet?

What is the truth in terms of this belief? Looking at our application, we have to find some middle ground. Let’s take a look at my problem belief again. We have determined the core belief, “I am a failure,” is false. We also determined the rule, “If I didn’t do it perfectly I failed,” is false. So if that isn’t true, what is true? Let’s find some.

We could probably go on and on, but we can see this belief and rule are just plain false. They’re not true.

These core beliefs we have lay the foundation for other levels of thinking. Changing them is not easy. However, it is possible. We have discussed identifying them and challenging them so far. In my next post, I’ll discuss how our rules bring about automatic thoughts that influence all of our behavior.

What core beliefs or rules do you have that cause you difficulty? Leave your comments below.