Turning the Power off in Struggles with Children 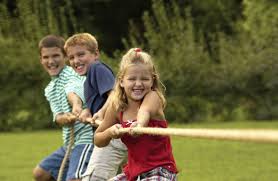 Child behavior problems can be difficult. In particular, power struggles can leave parents feeling hopeless. Understanding what adds the energy to the struggle is important. The simple answer to this is control. The child wants control. The parent wants control. So here we go! Put the gloves on!

We have to realize something that’s quite important. The child’s desires are not likely to change just because we told them to stop doing something. Even if we can get the child to stop, momentarily, the desire for more power and control doesn’t magically go away. The desire remains even if the pause button has been pushed on the behavior.

So what do we do?

Knowing the child’s desires are probably the same, we can develop ways for the child to get those desires met in a way that doesn’t create problems. To decrease power struggles, the child’s desire for power and control still has to be met to some degree. However, we have to make sure we’re helping them meet that need in a way that is helpful rather than harmful. Below are some ways to increase the child’s sense of control without creating problems. Here are some suggestions:

Choices can be about what to eat for breakfast, which bathtub to use, which game to play, or which toothbrush to use. Anything can be used. Remember, real choices aren’t choices between doing what you want them to do and receiving punishment. Instead, a true choice is giving at least two options that you are okay with either way.

2. Set clear rewards and consequences – and stick to them!

Make sure to allow the child to participate in this. Often, children’s consequences will have to be tamed a bit. A lot of times, they come up with more severe consequences than should be warranted.

When an expectation isn’t met or a rule is broken, there’s really no argument. Don’t engage in the argument. Engaging in the argument gives the child the idea they have a chance to gain power. Don’t do it! Give a warning. Then give the consequence. There are no arguments.

Often, the natural consequences are enough. For example, if a teen doesn’t want to put a jacket on, unless it’s dangerously cold, getting cold won’t hurt him. If he gets too cold, he’ll put a jacket on the next time.

5. Be careful when stating consequences!

Power struggles are difficult for parents to deal with. However, with some patience, thought, and intentional actions, they can be greatly reduced. Remember, the number one goal is to raise a responsible, respectful child. Constantly overpowering them only teaches them to relate to others this same way. Find a way to have balance and mutual problem-solving. It will take time but it will pay off in the long run.

If you are having trouble with your child’s behavior, give us a toll free call in our Dunbar, WV office at (866) 308-2307 or email contact@dayspringwv.com.