Drugs and Trauma: Exploring the Relationship and the Healing 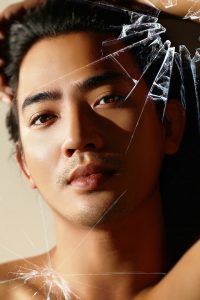 Drugs and Trauma are Connected

The link between childhood trauma and later substance abuse is one we still don’t fully understand. The link between trauma and addiction is a correlational one. Without putting you to sleep with statistical methods, this means we can’t be sure that one thing causes another. What we can be sure of is drugs and trauma are related.

These are among a variety of other problems including recurrent depression, suicide attempts in adolescence and adulthood, teen pregnancy, and risky sexual behaviors to name a few. Putting it mildly, childhood trauma causes a variety of problems. It is easy to see why drugs and trauma are related.

It’s almost too cliché to say it, but for some, drug use and abuse appears to be a way to self-medicate through other problems. Think of the child who has been physically abused. He needs some way to rid himself of the fear of the next beating. The one who was sexually abused needs some way to end the nightmare. The child who did not have enough food to eat needs to feel secure instead of constantly worrying about survival. The one whose father was never in his life has constant anxiety about never being good enough for others. We could easily go on…

For some individuals, self-medicating thoughts and feelings becomes a physical addiction over time. Writing about the link between drugs and trauma, Shane Darke called this “psychic numbing.” Indeed, the consequences for persistent drug use is still easier to deal with than the pain that occurs when the substances aren’t used. If I simply numb myself to my own emotions, life seems easier to manage.

I was reminded of the 80’s campaign of “Just Say No to Drugs.” Seems simple enough. No, I’m not going to do that. However, for many, saying no means saying yes to the pain of the past and saying no to a peaceful day. Yes, there are consequences. However, the pain is just as real as the consequences. Further, I might be able to escape or at least manipulate my way around consequences. The pain of not using is a sure thing.

For most, the only way to stop the cycle of pain-use-consequence-pain-use is to deal with both at the same time. Yes, the drug use has to be discontinued and dealt with. The pain that led to the chronic use also has to be conquered. This can be done without drugs and alcohol. I would encourage you to find a counselor who is trained to treat those struggling with both drugs and trauma. Stopping the cycle will mean stopping both – the use and the underlying pain. You don’t have to do that alone.