Addicted to Enabling: Coming out of the Dark Place 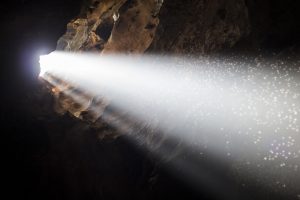 The she described herself as addicted to enabling was a bit of a surprise. I certainly thought of it this way, but wasn’t aware that she had come to that place. She described the dark place as being in a state of mind wherein she could not see reality – at least in regard to her family member’s addiction. She has also described how it has been revealed to her. I asked her about that process and she was gracious enough to share 4 keys with me.

After complaining to, leaning on, and crying to her closest friends, one of them told her, “You need to get some help with this. Let me know if you want me to get that for you.” Her reaction? “What do you mean I need help? He’s the one addicted. He needs to stop asking, coercing, and outright bullying me for money!” Of course, this was an internal reaction. Her outward reply was, “Ok. I will let you know.”

She was addicted to enabling. One thing was sure. She was the nicest person you could meet. This is the path of enablers. They’re nice. Always nice. Being nice is a good thing, right? Yes, that’s right. However, sometimes the avoidance of hurting someone’s feelings turns into helping them continue in their addiction. After a short time, she decided maybe she did need to get some help. She recognized that what she had been doing was not working to improve the problem.

Deal with Your Own Issues

This was a hard one for her. She had problems feeling needed and wanted by others. From a life that included abuse and abandonment, she felt that she had to prove her worth to others. She was still trying to be worthwhile – especially to the addicted family member. This process helped strengthen her addiction to enabling.

Since she needed to feel valuable through others’ acceptance, the addict used this as a way to manipulate her. Even though she knew the addict’s expression of love and acceptance was contingent upon giving money, it was better than nothing. Her addiction to enabling became fueled by fear. She was afraid of two things. First, that she would lose her relationship with this family member. Second, that he would actually harm her if she didn’t comply.

Change Yourself, Not the Other Person

Addicted to enabling, this woman wanted to change the addict’s life. Surely, if she was nice enough, he would change. Surely if she gave enough money, he would listen to her. Surely, surely, surely…we can only change ourselves and no one else.

While this seems so simple, it is difficult to put into practice. This woman believed her enabling was actually going to keep her close enough in the relationship to actually change the addict. She believed that he would eventually listen to her warnings and change his ways. She eventually understood that she could only change herself and that her misery in the situation was up to her to solve.

The result of deciding to change herself was this lady also deciding that she could and would set her own boundaries. She recognized her enabling was causing harm and decided to stop. She also decided that she did not need to be in fear anymore and that she could take responsibility for her own happiness. She decided a lot of things, but had trouble implementing them. This is where the last key comes into play. 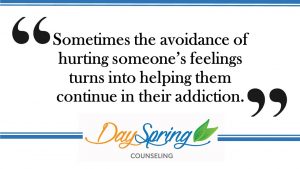 Fortunately, this woman who was (and still is) overcoming her addiction to enabling had a partner. She had a friend who knew her story and her struggle. This friend contacted her daily just to see how things were going. She needed this. It served 2 purposes. First, it reminded her of what she was trying to accomplish. Second, it reminded her that others genuinely care for her just because they care.

When I asked what has been most important to her in her process of change, she identified daily check-ins with her friend as the most important as far as implementation goes. She said she learned and resolved a lot through the other steps, but this was where the rubber met the road. She was too addicted to enabling to handle this day-to-day struggle alone. She needed that accountability and she encourages others to find that person.

Being an enabler is a common place for people to find themselves when they have addicted family members. If you or someone you know is in that dark place, seek out a counselor that can help. Deal with and resolve your own issues. Then find someone to be accountable to for your enabling behavior.

What suggestions do you have for someone who is addicted to enabling? Share them by commenting below.